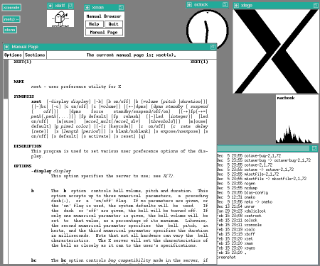 In computing, a shell is a computer program which exposes an operating system's services to a human user or other program. In general, operating system shells use either a command-line interface (CLI) or graphical user interface (GUI), depending on a computer's role and particular operation. It is named a shell because it is the outermost layer around the operating system. Command-line shells require the user to be familiar with commands and their calling syntax, and to understand concepts about the shell-specific scripting language (for example, bash). Graphical shells place a low burden on beginning computer users, and are characterized as being easy to use. Since they also come with certain disadvantages, most GUI-enabled operating systems also provide CLI shells.

A command-line interface (CLI) processes commands to a computer program in the form of lines of text....

treated in Missing Semester of Your CS Education

Classes teach you all about advanced topics within CS, from operating systems to machine learning, bu...

treated in explainshell.com - match command-line arguments to their help text

Write down a command-line to see the help text that matches each argument.