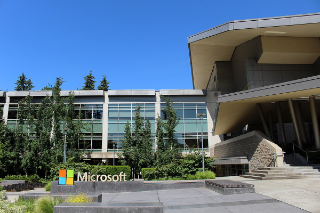 Microsoft Corporation is an American multinational technology company with headquarters in Redmond, Washington. It develops, manufactures, licenses, supports, and sells computer software, consumer electronics, personal computers, and related services. Its best known software products are the Microsoft Windows line of operating systems, the Microsoft Office suite, and the Internet Explorer and Edge web browsers. Its flagship hardware products are the Xbox video game consoles and the Microsoft Surface lineup of touchscreen personal computers. Microsoft ranked No. 21 in the 2020 Fortune 500 rankings of the largest United States corporations by total revenue; it was the world's largest software maker by revenue as of 2016 and is considered one of the domestic Big Five technology companies.

Use these resources for detailed information on key C# language features and features accessible to C...

Learn C# in your browser, and get started with your own development environment

An interactive in-browser tutorial to learn .NET using the C# programming language. No downloads or i...

We’re excited to release .NET 5.0 today and for you to start using it. It’s a major release — includi...

Learn about the new features in ASP.NET Core 5.0.

Get an overview of the new features available in C# 9.0.

This post describes two new generators that we added to the samples project in the Roslyn SDK github...

Build one UI for your web app and hybrid mobile app with Mobile Blazor Bindings Preview 5. Share your...

Learn how to use response caching to lower bandwidth requirements and increase performance of ASP.NET...

Learn how to configure and use Response Caching Middleware in ASP.NET Core.

.NET 6 Preview 1 is now available and ready for evaluation. This is the first preview of .NET 6, the...

Rust for Windows v0.9 has recently been released and includes full consumption support, along with se...