Stanford Seminar - Build The Right It 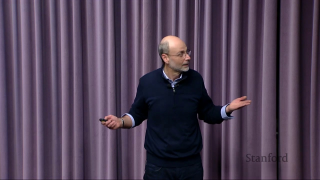 As Google’s first engineering director, Alberto Savoia led the team that launched Google’s revolutionary AdWords project. After founding two startups, he returned to Google in 2008 and he assumed the role of “Innovation Agitator,” developing trainings and workshops to catalyze smart, impactful creation within the company. Drawing on his book The Right It, he begins with the premise that at least 80 percent of innovations fail, even if competently executed. He discusses how to reframe the central challenge of innovation as a question not of skill or technology, but of market demand: Will anyone actually care? Savoia shares strategies for winning the fight against failure, by using a rapid-prototyping technique he calls “pretotyping."

Pretotyping is a set of tools, techniques, and tactics designed to help you validate any idea for a n...

The Leland Stanford Junior University, commonly referred to as Stanford University or Stanford, is an...