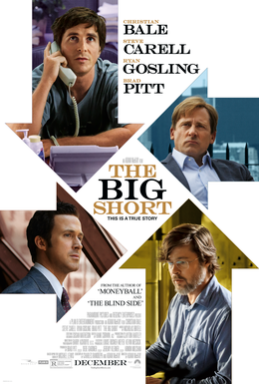 The Big Short is a 2015 American biographical comedy-drama film directed by Adam McKay. Written by McKay and Charles Randolph, it is based on the 2010 book The Big Short: Inside the Doomsday Machine by Michael Lewis showing how the financial crisis of 2007–2008 was triggered by the United States housing bubble.

follows The Big Short: Inside the Doomsday Machine

The author examines the causes of the U.S. stock market crash of 2008 and its relation to overpriced...