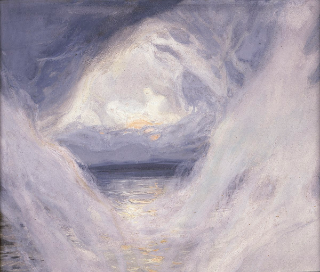 A creation myth (or cosmogonic myth) is a symbolic narrative of how the world began and how people first came to inhabit it. While in popular usage the term myth often refers to false or fanciful stories, members of cultures often ascribe varying degrees of truth to their creation myths. In the society in which it is told, a creation myth is usually regarded as conveying profound truths – metaphorically, symbolically, historically, or literally. They are commonly, although not always, considered cosmogonical myths – that is, they describe the ordering of the cosmos from a state of chaos or amorphousness. Creation myths often share a number of features. They often are considered sacred accounts and can be found in nearly all known religious traditions. They are all stories with a plot and characters who are either deities, human-like figures, or animals, who often speak and transform easily.

Big History is an academic discipline which examines history from the Big Bang to the present. Big Hi...