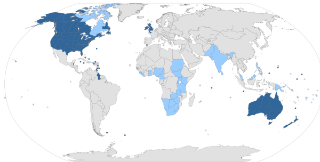 English is a West Germanic language first spoken in early medieval England, which has become the leading language of international discourse in the 21st century. It is named after the Angles, one of the ancient Germanic peoples that migrated to the area of Great Britain that later took their name, England. Both names derive from Anglia, a peninsula on the Baltic Sea. English is most closely related to Frisian and Low Saxon, while its vocabulary has been significantly influenced by other Germanic languages, particularly Old Norse (a North Germanic language), as well as Latin and French.English has developed over the course of more than 1,400 years. The earliest forms of English, a group of West Germanic (Ingvaeonic) dialects brought to Great Britain by Anglo-Saxon settlers in the 5th century, are collectively called Old English.

E-Prime (short for English-Prime or English Prime, sometimes denoted É or E′) refers to a version of...