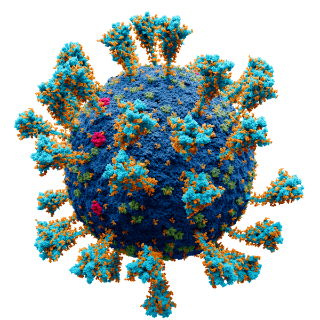 There are several ongoing efforts by scientists, governments, international organisations, and others to determine the origin of SARS-CoV-2, the virus responsible for the COVID-19 pandemic. The scientific consensus is that the virus is most likely of zoonotic origin in a natural setting, from bats or another closely-related mammal.SARS-CoV-2 has close genetic similarity to multiple previously identified bat coronaviruses, suggesting it may have crossed over into humans from bats. Research is ongoing as to whether SARS-CoV-2 came directly from bats or indirectly through any intermediate hosts. Initial genome sequences of the virus showed little genetic diversity, although subsequently a number of stable variants emerged (some spreading more vigorously), indicating that the spillover event introducing SARS-CoV-2 to humans is likely to have occurred in late 2019.

treated in The Lab-Leak Theory: Inside the Fight to Uncover COVID-19’s Origins

Throughout 2020, the notion that the novel coronavirus leaked from a lab was off-limits. Those who da...