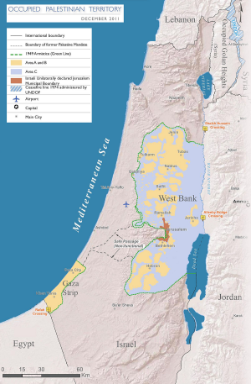 The Israeli–Palestinian conflict is an ongoing violent struggle between Israelis and Palestinians. Various attempts have been made to resolve the conflict as part of the Israeli–Palestinian peace process. It has been referred to as the world's "most intractable conflict", with the ongoing Israeli occupation of the West Bank and the Gaza Strip reaching 54 years.Public declarations of claims to a Jewish homeland in Palestine, including the 1897 First Zionist Congress and the 1917 Balfour Declaration, created early tension in the region. At the time, the region had a small minority Jewish population, although this was growing via significant Jewish immigration. Following the implementation of the Mandate for Palestine, which included a binding obligation on the British government for the "establishment in Palestine of a national home for the Jewish people" the tension grew into sectarian conflict between Jews and Arabs.

In which John Green teaches you about conflict in Israel and Palestine. This conflict is often cast a...