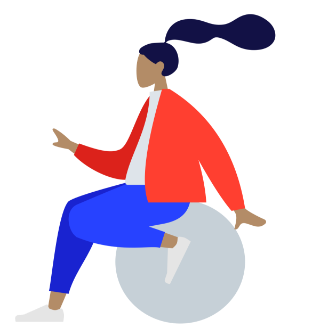 Corporate Memphis is a pejorative term used to describe a flat, geometric art style, widely used in Big Tech illustrations. Common motifs are flat cartoon characters in action, disproportionate features such as long and bendy limbs, and minimal facial features. The style has been criticized for being generic and attempting to sanitize public perception by presenting human interaction in utopian optimism. It is also known as the Alegria style.The term is a reference to the Memphis Group, an Italian architecture group from the 1980s known for its garish designs.

treated in Why does every advert look the same? Blame Corporate Memphis

The quirky, illustrative style favoured by startups has caused controversy within the design communit...