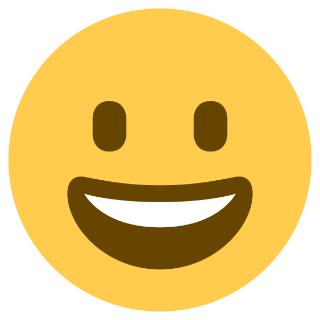 Emoji (Japanese: 絵文字, lit. 'picture word'; English: ih-MOH-jee; Japanese: [emodʑi]; singular emoji, plural emoji or emojis) are ideograms and smileys used in electronic messages and web pages. Some examples of emoji are 😃, 🧘🏻‍♂️, 🌍, 🍞, 🚗, 📞, 🎉, ♥️, 🍆, and 🏁. Emoji exist in various genres, including facial expressions, common objects, places and types of weather, and animals. They are much like emoticons, but emoji are pictures rather than typographic approximations; the term "emoji" in the strict sense refers to such pictures which can be represented as encoded characters, but it is sometimes applied to messaging stickers by extension. Originally meaning pictograph, the word emoji comes from Japanese e (絵, "picture") + moji (文字, "character"); the resemblance to the English words emotion and emoticon is purely coincidental. The ISO 15924 script code for emoji is Zsye.

treated in Emoji under the hood

Detailed look into all the machinery involved in rendering Emoji