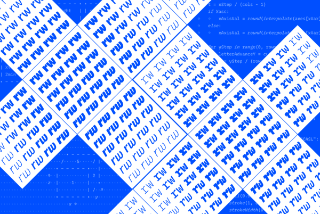 A variable font (VF) is a font file that is able to store a continuous range of design variants. An entire typeface (font family) can be stored in such a file, with an infinite number of fonts available to be sampled.The variable font technology originated in Apple's TrueType GX font variations. The technology was adapted to OpenType as OpenType variable fonts (OTVF) in version 1.8 of the OpenType specification. The technology was announced by Adobe, Apple, Google, and Microsoft in September 2016. Making such a feature standardized in OpenType paved the way for support in many software platforms.

In metal typesetting, a font was a particular size, weight and style of a typeface. Each font was a m...

treated in Introduction to variable fonts on the web