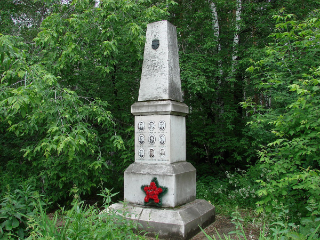 The Dyatlov Pass incident (Russian: гибель тургруппы Дятлова) was an event in which nine Russian hikers died in the northern Ural Mountains between 1 and 2 February 1959, in uncertain circumstances. The experienced trekking group, who were all from the Ural Polytechnical Institute, had established a camp on the slopes of Kholat Syakhl, in an area now named in honour of the group's leader, Igor Dyatlov. During the night, something caused them to cut their way out of their tents and flee the campsite while inadequately dressed for the heavy snowfall and subzero temperatures. After the group's bodies were discovered, an investigation by Soviet authorities determined that six had died from hypothermia while the other three had been killed by physical trauma. One victim had major skull damage, two had severe chest trauma, and another had a small crack in the skull.

treated in The Dyatlov Pass mystery

In the dead of winter, a group of students disappeared in the Ural Mountains. Their frozen bodies - w...

The Dyatlov Pass incident is an intriguing unsolved mystery from the last century. In February 1959,...