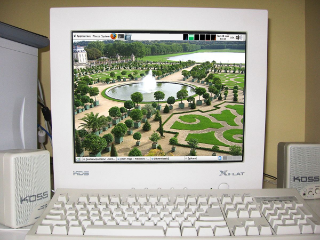 Human–computer interaction (HCI) studies the design and use of computer technology, focused on the interfaces between people (users) and computers. Researchers in the field of HCI observe the ways in which humans interact with computers and design technologies that let humans interact with computers in novel ways. As a field of research, human-computer interaction is situated at the intersection of computer science, behavioural sciences, design, media studies, and several other fields of study. The term was popularized by Stuart K. Card, Allen Newell, and Thomas P. Moran in their seminal 1983 book, The Psychology of Human–Computer Interaction, although the authors first used the term in 1980 and the first known use was in 1975.

In the industrial design field of human-computer interaction, a user interface (UI) is the space wher...

contains When the Tab Comes Due: Challenges in the Cost Structure of Browser Tab Usage

Tabs have become integral to browsing the Web yet have changed little since their introduction nearly...