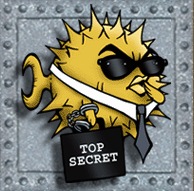 OpenSSH (also known as OpenBSD Secure Shell) is a suite of secure networking utilities based on the Secure Shell (SSH) protocol, which provides a secure channel over an unsecured network in a client–server architecture.OpenSSH started as a fork of the free SSH program developed by Tatu Ylönen; later versions of Ylönen's SSH were proprietary software offered by SSH Communications Security. OpenSSH was first released in 1999, and is currently developed as part of the OpenBSD operating system. OpenSSH is not a single computer program, but rather a suite of programs that serve as alternatives to unencrypted protocols like Telnet and FTP. OpenSSH is integrated into several operating systems, while the portable version is available as a package in other systems.

Secure Shell (SSH) is a cryptographic network protocol for operating network services securely over a...