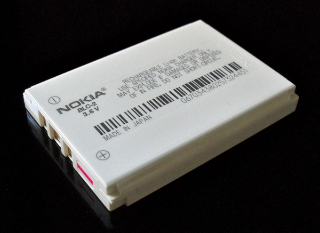 A lithium-ion battery or Li-ion battery is a type of rechargeable battery. Lithium-ion batteries are commonly used for portable electronics and electric vehicles and are growing in popularity for military and aerospace applications. A prototype Li-ion battery was developed by Akira Yoshino in 1985, based on earlier research by John Goodenough, M. Stanley Whittingham, Rachid Yazami and Koichi Mizushima during the 1970s–1980s, and then a commercial Li-ion battery was developed by a Sony and Asahi Kasei team led by Yoshio Nishi in 1991. In 2019, The Nobel Prize in Chemistry was given to Yoshino, Goodenough, and Whittingham "for the development of lithium ion batteries". In the batteries, lithium ions move from the negative electrode through an electrolyte to the positive electrode during discharge, and back when charging.

treated in A Quick Guide to Battery Reuse and Recycling

From scooters to motorcycles, sportscars, school buses, trucks, trains, and even planes, it seems we...

Rapid growth in the market for electric vehicles is imperative, to meet global targets for reducing g...