How Many Numbers Exist? Infinity Proof Moves Math Closer to an Answer. 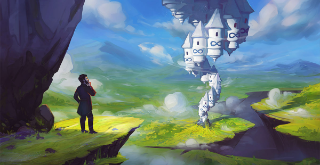 Proof, which appeared in May in the Annals of Mathematics, unites two rival axioms that have been posited as competing foundations for infinite mathematics. Asperó and Schindler showed that one of these axioms implies the other, raising the likelihood that both axioms — and all they intimate about infinity — are true. Most importantly, the result strengthens the case against the continuum hypothesis, a hugely influential 1878 conjecture about the strata of infinities.

In mathematics, the continuum hypothesis (abbreviated CH) is a hypothesis about the possible sizes of...