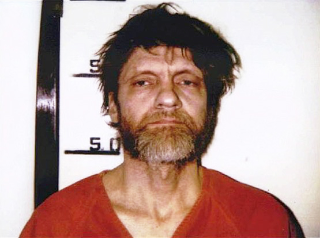 Theodore John Kaczynski (born May 22, 1942), also known as the Unabomber, is an American domestic terrorist and former mathematics professor. He was a mathematics prodigy, but abandoned his academic career in 1969 to pursue a primitive life. Between 1978 and 1995, he killed three people and injured 23 others in a nationwide bombing campaign against people he believed to be advancing modern technology and the destruction of the environment. He issued a social critique opposing industrialization and advocating a nature-centered form of anarchism. Kaczynski's critiques of civilization bear some similarities to anarcho-primitivism, but Kaczynski rejected and criticized anarcho-primitivist views. In 1971, Kaczynski moved to a remote cabin without electricity or running water near Lincoln, Montana, where he lived as a recluse while learning survival skills to become self-sufficient.

In 1979, an FBI-led task force that included the ATF and U.S. Postal Inspection Service was formed to...

A dramatized, in-depth look at how FBI profiler Jim Fitzgerald pioneered the use of forensic linguist...